Blog
Overview of Angular Developer Jobs: What They Do

Where Is AngularJS Used?

AngularJS is designed for those developers, who believe that a declarative style is better suited for creating the UI, and an imperative for writing business logic. Today AngularJS is extremely popular among JS frameworks. It allows you to create really powerful, easy to maintain and structured applications with a huge set of tools. This framework greatly facilitates the development of dynamic web apps, due to its syntax, simple visual manipulation of objects, as well as two-way data binding. That’s why the number of Angular developer jobs keeps constantly growing.

This explains the fact that angular web development is most commonly used for creating single-page applications (SPA). In other words, SPA is a web-application hosted on the same web-page, which also loads all the necessary code along with the page itself. The applications of this type are relatively new, but they are becoming more popular as the demand for highly responsive applications grows. 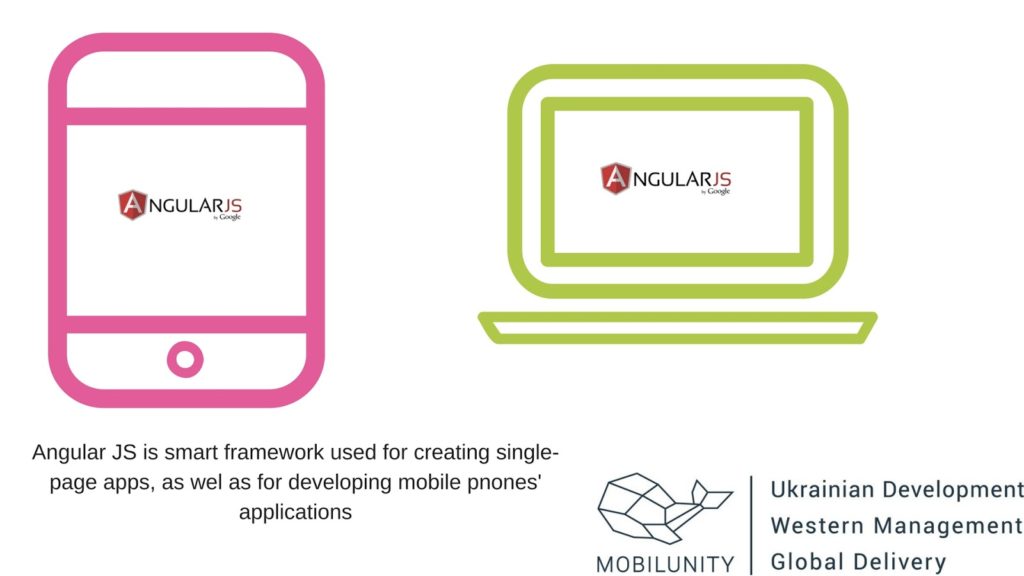 In order to personally verify the truthfulness of the above, it makes sense to look at the following five sites. All of them were created using AngularJS and represents classic SPA. Here are some of the most popular and common used websites according to Madewithangular.com. 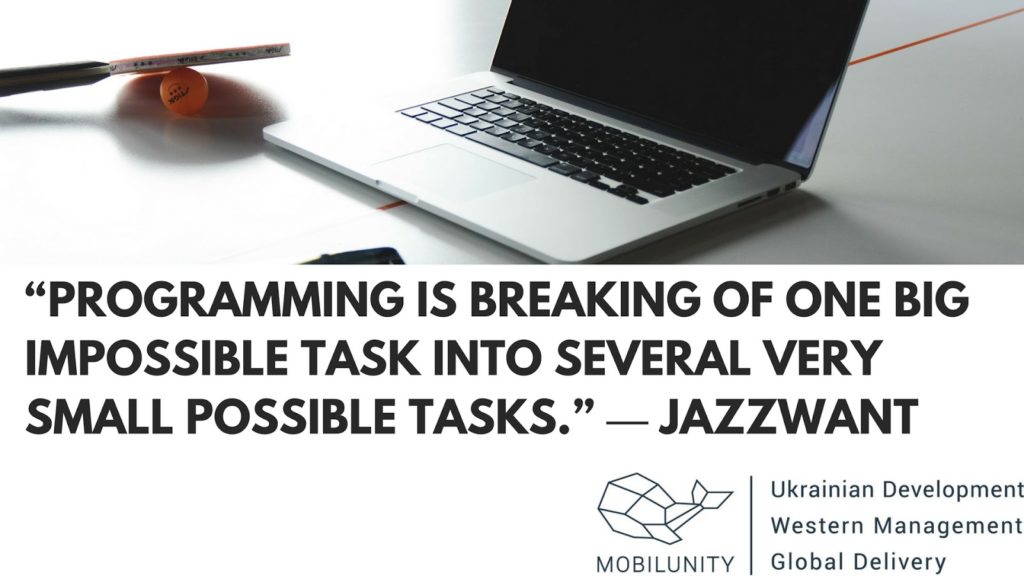 Where To Find Best AngularJS Developers?

Many companies are often faced with the necessity to hire Angular developers to work on their project. In order to facilitate the task of finding the desired person, the following list of sites was created.

Job market for angular 1 developers in Ukraine is rather wide. Here you can find professionals of different levels, whose experience and knowledge of AngularJS will be the determining factors of their hourly pay. According to information of PeoplePerHour, the minimum hourly rate of such employees is $10. Usually, this payment is valid for Junior Angular developer jobs, but this indicator may vary depending on the location of the engineer. Mid-level Angular JS developer job is estimated from $20 to $30 per hour.  Senior Angular 2 developer salary begins from $50 per hour depending on the complexity of the work, as well as programming skills and the scale of work – whether it is AngularJS for mobile development or desktop. 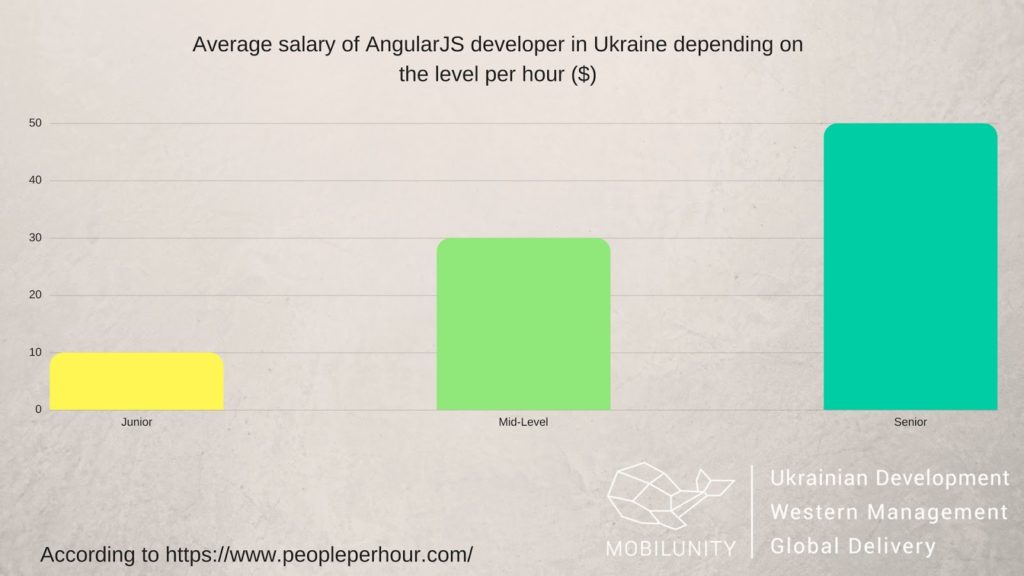 It Is Worth to Try

It can be concluded that the Ukrainian IT specialists are worthy candidates for many positions of international companies, but in order to hire really appropriate specialist it is necessary in the first place, to proceed from your needs, and secondly, to pay attention to the personal and professional qualities of each candidate.